Energy officials push back on Biden’s fracking comment during debate 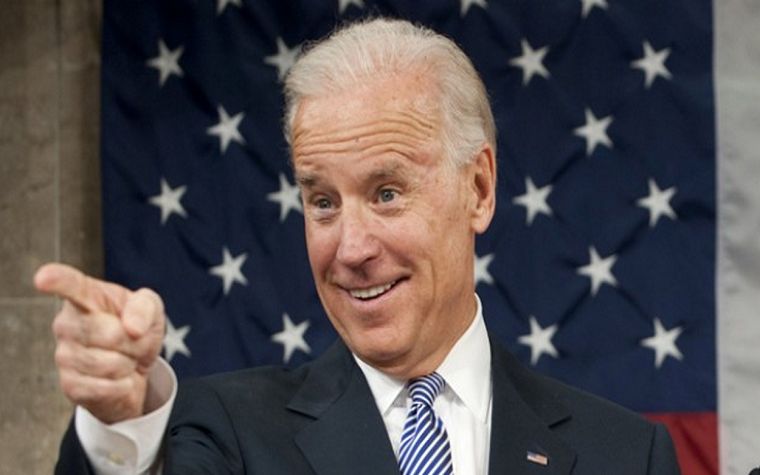 Energy officials are pushing back against former Vice President Joe Biden who said he supports ending new fracking during his March 15 debate with Sen. Bernie Sanders.

Sanders said he wanted to tell “the fossil fuel industry they’re going to stop destroying the planet” during the CNN debate.

The Vermont senator, who has co-sponsored legislation to end new fracking immediately and to soon prohibit it across the county, told Biden his Democratic presidential rival wasn’t going far enough in his opposition to fracking, which drew a muttered response.

“No new fracking,” he said.

After sweeping to three more primary wins March 17, Biden appears to have few obstacles ahead of him as he prepares up for a contest with President Trump this fall. Will ending fracking become an issue?

Fracking — injecting liquid at high pressure into subterranean rocks and areas to crack open existing fissures and locate oil or gas — started in the United States in 1947.

It means billions of dollars to the country. Ventura said ending new fracking efforts would reduce GDP by $7.1 trillion in a decade and cut 7.5 million jobs by 2022. The average household income would drop by $5,040, he added.

Those wells produce two-thirds of natural gas in this country and more than half the oil. That has led to more jobs, lower energy costs, increased tax revenue and a stronger economy, according to fracking supporters.

Opponents argue that fracking is linked to earthquakes, air and water pollution and other environmental hazards.

Ventura said if all the facts are known, people will realize the enormous impact fracking has on their lives.

After the debate, Biden’s staffers said his three-word response was in keeping with his policy of preventing new oil and gas drilling on public land. About 21 percent of oil is taken from public land in the USA, while 13 percent of natural gas is extracted from federal land.

Sanders, however, opposes all fracking and has co-sponsored a bill to prohibit new fracking efforts and to soon outlaw it entirely.

On his campaign website, Biden states a goal of getting the United States to a net-zero rate of emissions by 2050. He makes no mention of banning fracking.

"According to recent estimates, a fracking ban would cause an estimated 700,000 in job losses in Ohio and a $245 billion reduction in GDP,” Ventura said. “Ohioans would likely see a per capita cost of living increase of $5,625 by 2025 and household income would fall by $119 billion.”

He said Ohio’s abundant shale gas and oil resources have been a game-changer for domestic energy production.

“Indeed, it has led to Ohio consumers — families and businesses — saving more than $40 billion on natural gas,” Ventura said. “And during this time of increased production in the state, Ohio’s carbon emissions are down 16% since 1990.”

He noted that a shale-related investment in the state totaled an estimated $78 billion from 2011-2018, a Cleveland State University study found. And an American Chemical Council report estimates more than $35 billion in capital investment could flow into Appalachia, creating 100,000 jobs generating $30 billion in additional annual revenues through petrochemical facility investments.

“Banning fracking will almost certainly hinder Ohio from being considered for these types of job-creating lucrative projects,” Ventura said.

Ohio Oil and Gas Association spokesman Mike Chadsey said Biden is wrong about fracking and is playing a losing hand politically as well.

”That‘s devastating news if that’s really what he thinks,” Chadsey told Ohio Business Daily. “You’re not going to win Ohio with that kind of position.”

He said Ohio has had oil exploration since 1814 and fracking since the 1950s. Most people knew very little about this form of exploration, so the industry made an effort to educate the public and the media from 2011-13 as fracking increased, bringing $78 billion in investments into Ohio. But he said some politicians seem not to have got the message.

“We talked about what it is and what it isn’t,” Chadsey said.

He said while President Trump openly supports the oil and gas industry, many Democrats attack it. They are not just taking on the companies, he said, but also hitting “Bill and Betty Buckeye” who work in the industry. Chadsey said it’s one thing for Joe Biden to make that remark in a campaign debate — he’d like to see him say it at an Ohio courthouse speech during the general election campaign.

“What it means for families is real simple, it’s about dance lessons and ball gloves," Chadsey added. "Over 200,000 folks are employed and taking away their jobs, takes away their opportunity to provide for their families. When you stand up on a debate stage and say that you want to take that all away, that is devastating news here in Ohio, not just for our direct employees but the thousands of union laborers that work on our projects every day. I don't know how he walks that back here in Ohio.“

“Hydraulic fracturing combined with horizontal drilling in shale formations has brought about lower natural gas prices, oil prices, gasoline prices and electricity prices in the United States by vastly increasing domestic production,” Stewart told Ohio Business Daily. “Some of the biggest beneficiaries of this have been low- and moderate-income Americans because they spend a significantly larger share of their income on energy. ‘No new fracking’ will ultimately raise their energy bills plain and simple.”

It will harm a suddenly frail economy as well.

“Likewise every business in Ohio has also benefited from lower energy prices and would thus see price increases as well,” Stewart said. “Why would any candidate for president of the United States want to raise energy prices on vulnerable families and businesses especially in these current economic times? It’s a terrible idea.”

Want to get notified whenever we write about Consumer Energy Alliance ?

Sign-up Next time we write about Consumer Energy Alliance, we'll email you a link to the story. You may edit your settings or unsubscribe at any time.