Poll: Most want more than $1 million each for Ohio State abuse victims 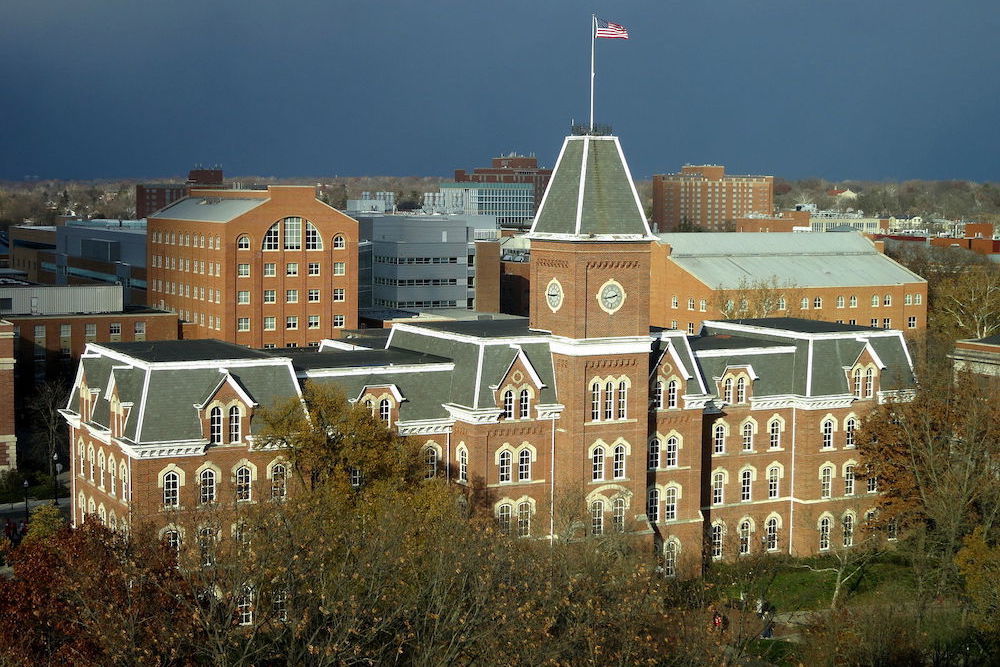 New developments in a sex-abuse scandal that has embroiled Ohio State University for two years could lead to settlements being offered to victims.

An organization that supports Ohio State University sex-abuse victims said most Ohioans want the university to settle claims by the victims, according to a poll it conducted. Numerous lawsuits have been filed in recent months.

Richard Strauss was an Ohio State team doctor who also worked at a student health care center and at an off-campus clinic from September 1978 to March 1998. He reportedly abused dozens of male athletes, including many varsity athletes.

The Ohio State Accountability Project (OSAP) — which claims to represent Ohio State alumni and others interested in the abuse of dozens of students in the 1970s, ‘80s and ‘90s — said 61 percent of people surveyed in a January poll feel public officials should step in if settlement offers are too low. What that means — either by seeking state or federal dollars, removing university officials or some other action — was not disclosed by OSAP spokesman Ian Prior.

Ohio State spokesman Benjamin Johnson said OSU wanted to get everything out in the open.

“Ohio State has led the effort to investigate and expose Richard Strauss’ abuse and the university’s failure at the time to adequately respond to or prevent it, and we are committed to reaching a monetary resolution as soon as possible, which we are actively pursuing through the mediation process that is underway in federal court,” Johnson said. ”There are 17 lawsuits involving about 350 litigants represented by multiple teams of lawyers. We very much appreciate the active leadership of the mediator, Judge Michael Barrett, and the federal judge presiding over the cases, Judge Michael Watson.”

Prior said the organization will not release the name of the polling firm nor disclose the text of the questions. He said it is organization policy to release polling results through polling memos.

The OSAP got involved in the issue last fall, placing billboards in Columbus, Ohio, launching radio and social media ads and issuing releases and conducting interviews. It has set up a website, a Twitter feed and a Facebook page.

Prior, a veteran campaign manager and press secretary for Republican candidates and political groups, said he is serving as a spokesman, but is not an Ohio State graduate. He said a board oversees the group’s efforts and it is registered in Ohio.

A limited liability corporation filing for OSAP was done by David Langdon, a West Chester, Ohio, lawyer who has been very active in conservative causes and political advertising that uses millions of dollars of what has been termed “dark money” since the sources are undisclosed. Published reports say Langdon is a devout Christian who cares deeply about issues such as abortion and same-sex marriage.

This week, Gov. Mike DeWine and Ohio House Speaker Larry Householder have urged the university to settle lawsuits filed by students who said they were victimized by a university employee.

Strauss is alleged to have sexually abused at least 177 male students whom he was supposed to treat. The abuse lasted for two decades, from 1978-98, even though school officials were notified of Dr. Strauss’ behavior in 1979.

A 2019 OSU campus safety report stated Strauss committed 47 rapes and 1,430 incidents of fondling during that period. He also was accused of inappropriate behavior while showering with students and made some students uncomfortable by watching them as they showered.

The abuse continued at an off-campus clinic after he was suspended by the university in 1996. Strauss, who was married and had children, committed suicide in August 2005.

Although there had been several complaints from students over the years, and Strauss was fired after a closed-door hearing, the abuse allegations didn’t come to light until 2018, when Mike DiSabato, former Ohio State student wrestler, said Strauss had first abused him when he was a 14-year-old who sought treatment.

According to a 232-page, $6.2 million report ordered by Ohio State and conducted by Perkins Cole, a Seattle law firm, dozens of university employees from medical staff to coaches to administrative staffers were aware of Dr. Strauss’ misbehavior. None of them took action to stop or report it.

Congressman Jim Jordan was an Ohio State assistant wresting coach then. Although some former student-athletes and a professional referee said they witnessed Strauss acting inappropriately and reported it to coaches, including Jordan, the congressman has said he did not know Strauss was abusing students.

While the story has produced dozens of news reports as well as the lawsuits, the OSAP poll showed Ohio residents want this matter resolved.

According to a release, polling was done by phone Jan. 6-20. The survey reached 837 registered voters using live interviews. Both landline and cell phones were called, Prior said, and the estimated margin of error was plus or minus 3 percent.

The release states that elected officials who take action on the settlements would be viewed favorably. That was true across party lines, with people who identified themselves as Democrats, Republicans, independents or members of another party all seeing politicians in a more positive light if they pushed for larger settlements.

“We want justice for the victims of Richard Strauss and procedures and protocols put in place to make sure this type of institutional failure never happens again,” Prior said.

Want to get notified whenever we write about Ohio State University ?

Sign-up Next time we write about Ohio State University, we'll email you a link to the story. You may edit your settings or unsubscribe at any time.