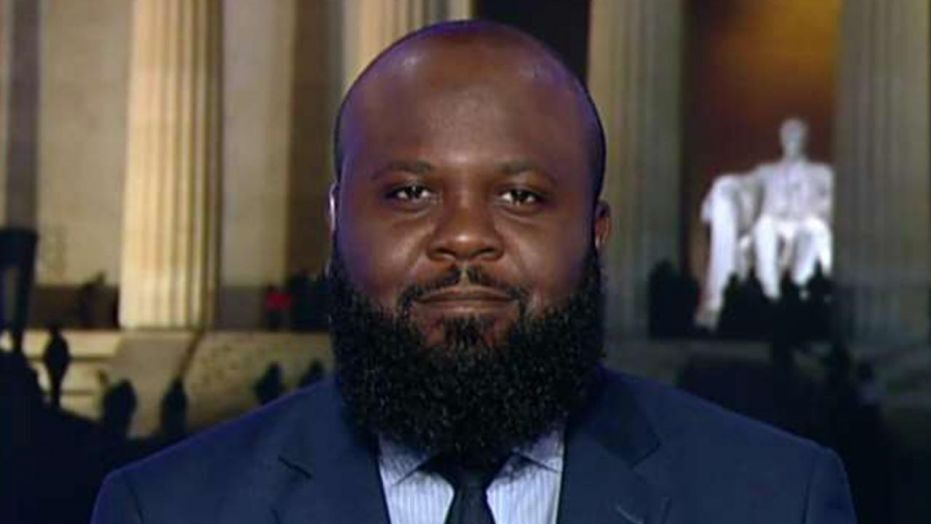 Cleveland-born Ja’Ron Smith, President Trump’s director of Urban Affairs and Revitalization, is coming home this weekend to inform communities of what he views as Trump’s progress in urban revitalization and similar policies during two separate events.

“I’m honored to have the opportunity to come back to my hometown and showcase the tremendous work the Trump administration has done to uplift America’s forgotten communities, expand our economy, and create millions of jobs and opportunities for all,” Smith said in a statement. “I also look forward to meeting with local leaders to learn how to further support and advance revitalization efforts in our communities.”

According to The White House, Smith will speak first at the City Club in Cleveland to deliver a keynote address Dec. 13. The address will highlight the administration's actions in stimulating economic growth for opportunity zones, maintaining a reformed criminal justice system and continuing to financially support historically black colleges and universities (HBCUs) across the United States.

On Dec. 14, Smith will travel to the Revitalize America Summit to be awarded and recognized for his services in revitalizing the nation's urban communities along with several other local leaders. The summit is organized by the Urban Revitalization Coalition and its two main founders, co-chairman and EVP board member Kareem Lanier and CEO Dr. Darrell Scott.

As one of the highest-ranking black Trump administration officials and one of Trump’s first appointees, Smith has advocated several ways issues to improve the overall quality of life of urban areas and less-fortunate families. Aside from pushing the president to keep giving money to HBCUs, Smith was a major catalyst in outlining the legislative opportunities provided in both the Tax Cuts and Jobs Act in December 2017 and the First Step Act in December 2018. The latter, a criminal justice reform, has seen thousands of qualified inmates released from prison, with more than 90 percent of them being black Americans

Lanier spoke with Ohio Business Daily on how the coalition knows Smith “very, very well.” They have worked with the White House on numerous occasions to discuss urban policy issues since Trump was inaugurated in January 2017.

“If there’s anybody that’s deserving of an award with regards to some of the things happened recently, he’s very worth of that,” Lanier said.

Smith was raised in a Lee Harvard urban area that Lanier refers to as an example of a “distress community.” He and his four other siblings were raised by his single father, a veteran Cleveland streets and sanitation worker.

“Smith is urban America,” Lanier said. “Smith is a depiction of us, he’s an example of [us]. He came from Lee Harvard area, he grew up in a Lee Harvard area in Cleveland, Ohio, a very urban community. He is an urban success story. He came from a distress community, and now he’s working for the president of the United States of America. You can’t tell me a better success story from urban America, or too many, much better than that.”

Lanier also praised Smith for being a politician that continues to support his hometown, a rare quality in urban success stories, he says.

“Here’s one of the problems that we have with people that become successful that come from our communities. A lot of times they get successful, they leave the community, they never give back…go back…never try to advocate or help,” Lanier said.

“Smith became successful, he’s doing very well in D.C. and he’s using his platforms of success [and even the power that comes with working at the White House] to advocate areas that are akin to the [ones] that he’s from.”

Want to get notified whenever we write about White House ?

Sign-up Next time we write about White House, we'll email you a link to the story. You may edit your settings or unsubscribe at any time.